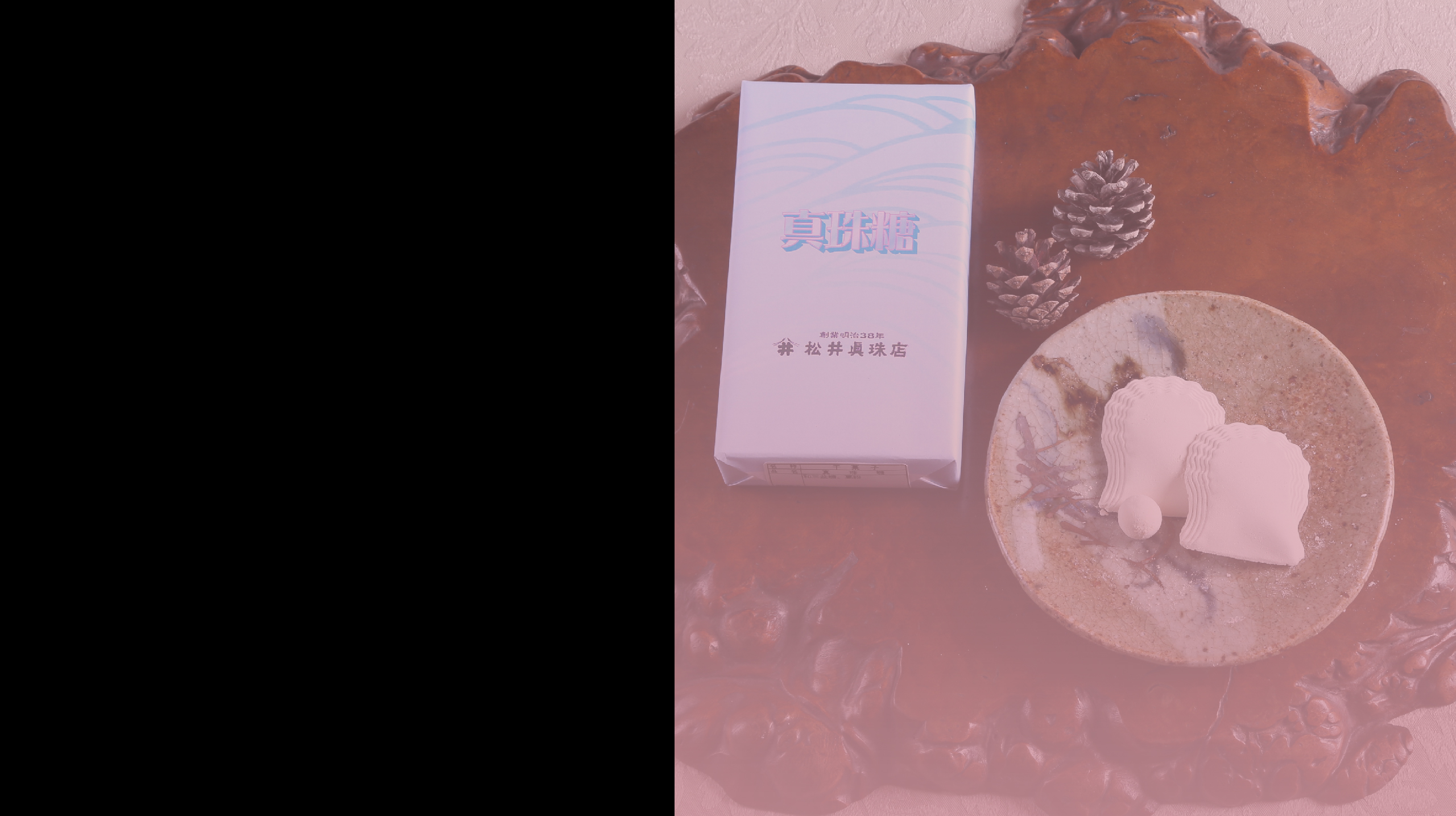 Back story of pearl sugar

10 years after the Meiji Restoration, while Japan was under a drastic change, Eijiro, the first master of Matsui Pearl, was born in seaside of Shima, the place that was left behind the times. The life of Eisaku, the father and his family were enriched by the right to deal natural pearl which was acquired by wealth they built through their occupation as shipping agent in fuseda-mura, Shimanokuni since the Edo Period.

Since the dawn of history, natural pearl of Ago bay was highly demanded from inside and outside of the country, and the right to deal them were only entitled to few selected people. Therefore, it is imaginable how father was expecting on his son, Eijiro. After graduating local public high school, he went to a private school in Tsu which were very rare at the time.

Natural pearls fished by female divers were carried to Sakai, Hamadera (today’s Osaka) the center of distribution, by the hand of Eisaku. It was the time they said “After leaving Shima and through Ise, the price will leap like it was according to the distance from Ago bay.” He must have thought his sun Eijiro have no other way but pearl.

However, Eijiro himself told that his dream was to become a doctor. When a child has a fever in the neighborhood, they knock the door of Matsui’s house even at midnight. They ask for natural pearl called Keshi as a febrifuge. Maybe it was because he saw his father roast Keshi, crush them in a mortar and hand them over no matter what time it was. Studying under Todo Domain not only cultivated knowledge but also opened his eyes toward calligraphy, painting and world of tea ceremony. In his late years, he left many calligraphies which were said to be more skillful than local temple master in Fuseda, using the name Hosen and Fudaku in his old age.

Although he lived in an outlying region, we can see from his letters that he had relationships with littérateurs living in Kyoto and Tokyo. Especially his letters sent between Domoto Insho, an artist in Kyoto indicate Eijiro’s confident personality and show his vigorous questioning mind against beauty. We strongly feel that the aesthetic of Matsui Pearl started from here.

There is a story of his persistence that has been told to this day. It’s the story of “Pearl Sugar”, a Japanese sweets, sold in Matsui Pearl Shop. Eijiro who loved Maccha and Sencha had persistence to sweets accompanying tea. One day, he thought, why there are various clam shaped sweets nationwide but no pearl oyster shaped one. This may be the start of the character to act as soon as they get idea. He hurried to his friend who was sweets maker and who was the classmate of private school.

It was the most well established in Iga Ueno, Kikyoya-Orii with history of about 400 years since its establishment in 1600. He appealed his friend to create wooden mold of realistic pearl oyster shape for sweets with condition that it would be made by top-ranked craftsman. The friend should have been vexed with such sudden request. I think I can understand the difficulty of craftsman who actually created it.

However, thought the wooden mold was beautiful, it was too delicate and thin for sweets. Finally, this beautiful mold was stored in garage in the garden as one of an artwork piece.

In the spring of 1945, Eijiro passed away at the age of 70 before the end of the war. The Pearl shop was inherited by the second master Yusaku and then the third, Koji and continued to this day in Heisei.

In 2004, just before the 100th anniversary in the next year, the wooden mold was found by the third master in the garage. Of course, he did know about this mold and its story, but being allured by its beauty, he instinctively thought of making something with this mold for 100th anniversary. The spirit of acting as soon as getting idea was again present.

It was the moment the connection created by the first master Eijiro reconnected. The third master hurried to Iga-Ueno. Of course, to the well established Kikyoya-Orii with its 18th master.

The 18th master who had sudden order of hight-quality sweets using this wooden mold should have been vexed. However, it became true. I imagine the master tried a number of times changing composition in order to keep the form of sweets. “Pearl Sugar” couldn’t have been realized without the effort of the 18th master.

People say “why are they selling sweets even though it’s a Pearl Store?” but it’s thanks to mysterious connection and persistence.